MedicalResearch.com: What is the background for this study?   Response: Biofilms are complex bacterial communities formed during the natural infection process as a protection mechanism and controlled by bacterial quorum sensing. These biofilm communities allow infections to spread by producing toxins that inhibit the body’s immune system, generating exopolysaccharide and changes in metabolic state that… Read more »

There has been an unusual amount of cases reported in the area. A warning has been issued over the high number of confirmed Legionnaires’ disease cases in the Vale of Glamorgan over the last ten months. The source of the disease is unknown and there is no evidence that shows the nine cases are linked… Read more »

EL PASO, Texas – Lawyers warn that kids are taking care of kids, and there’s inadequate food, water and sanitation for the 250 infants, children and teens at the Border Patrol station in Clint.  The bleak portrait emerged Thursday after a legal team interviewed 60 children at the facility near El Paso that has become… Read more » 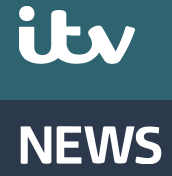 Increase number of cases of Legionnaires’ disease in Vale of Glamorgan

Public Health Wales said it has been investigating a ‘higher than usual’ number of cases of Legionnaires’ disease in the Vale of Glamorgan over the past 10 months. Legionnaires’ disease is a lung infection that can be life-threatening. It cannot be passed from person to person but can be caught from inhaling water droplets containing… Read more »

Small proteins with antimicrobial properties found in the mucus of the brown garden snail may open the door to the development of new treatments for patients with cystic fibrosis(CF) who often experience lung infections caused by the bacteria Pseudomonas aeruginosa, a study says. The findings of the study, “Identification and characterisation of anti-Pseudomonas aeruginosa proteins… Read more »

How bacteria kill host cells from the inside

A bacterial pathogen that typically multiplies outside of host cells can enter and induce the destruction of cells called macrophages, according to a study published June 20 in the open-access journal PLOS Pathogens by Anne-Béatrice Blanc-Potard of the Université de Montpellier in France, and colleagues. Pathogenic bacteria are commonly classified as intracellular or extracellular pathogens. Pathogenic… Read more »

Legionnaires’ disease is a serious type of pneumonia caused by Legionella bacteria. Legionella can also cause a milder illness called Pontiac fever. According to the Centers for Disease Control and Prevention (CDC), some 6100 Legionnaires’ disease cases were reported in 2016; however, this number is undoubtedly low due to under-diagnosis. FULL INTERVIEW HERE

Naylor has urged the governments around the world to “invest in their communities if we are going to bridge these economic and geographic divides and deliver this essential human right.” The report further stated that the portion of the population practicing open defecation has more than halved since the turn of the century, from 21… Read more »

Settlement for family of Andrew Clegg who contracted Legionnaires’ disease

The family of a man who died as a result of Legionnaires’ disease contracted at a Hampshire care home hope lessons have been learned after lawyers secured them a settlement. Andy Clegg, who was a resident at Fordingbridge Care Home, was admitted to hospital after becoming unwell. But his condition worsened and he died nearly… Read more » 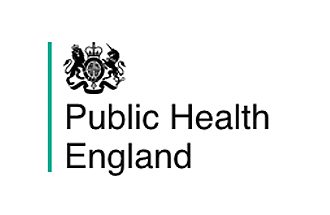 TheWMSoc AGM will be held on the 16th September remotely via Webex Events.